Pilots at Qatar Airways “sound the alarm for safety” after revealing issues with fatigue and a culture of fear among the flight crew, according to a report by Dutch newspaper NOS.

The pilots interviewed, who declined to disclose their identities, revealed that they have fallen asleep during the flight multiple times due to “extreme” flight rosters. They added that the Doha-based carrier is “regularly pushing boundaries when making the rosters”.

“It’s not a deep sleep, but you keep falling off for 10 seconds. It feels like you’re drunk,” one Qatar Airways pilot said.

Pilots also added that they are reluctant to submit fatigue reports out of fear of warning letters, which can keep them from getting a promotion.

On Twitter, the European Cockpit Association highlighted that this is “another alarming non-news”. 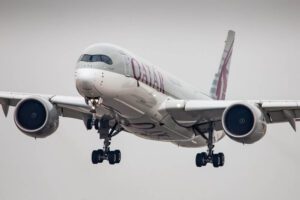 Fatigue is a major threat for civil aviation safety and places a great risk on passengers because it increases the risk of making errors during flights. Fatigue is prevalent among pilots usually due to unpredictable rosters, long duty periods, and insufficient sleep.

Recently, Wizz Air CEO Jozsef Varadi faced criticism from a number of pilot unions following his alarming comments regarding pilot fatigue cases. The airline boss also sparked safety concerns by suggesting that too many pilots are reporting cases and that they should keep working even if they are fatigued.

Commenting on the Wizz Air boss’s remarks, Captain Paul Cullen, Human Factors Researcher at Trinity College Dublin, told AeroTime in June 2022 that chronic fatigue among flight crew “is a symptom of a systemic issue and urging your pilots to “go the extra mile” is absolutely not the solution”.